God is more than able to change hearts and minds,

and that everything we see happen has been orchestrated for His glory and the good of those who love Him. This is a fundamental belief of We the People – Liberty in Action.

In light of this, WTP-LIA organized a ‘Prayer Walk’ and gathered to pray on Sunday at the Kerrville library. The primary purpose was to ask God to protect the innocence of children at the library. “We gathered to ask that He would change the hearts of the city council and the librarian to remove all obscene material from the library,” stated Roger Hall, one of the Steering Committee members of the organization.

The gathering of about forty people also prayed for our local and national leaders, the crisis at the border, and for a revival of our community beginning with individual hearts. Attendees of the prayer gathering were from multiple churches across the Kerr County community, including Center Point area. The atmosphere was Holy Spirit-filled and peaceful, as clusters of prayer warriors spread out and walked around the library grounds.

Please continue to pray over this situation with the Butt Holdsworth Memorial Library in Kerrville. 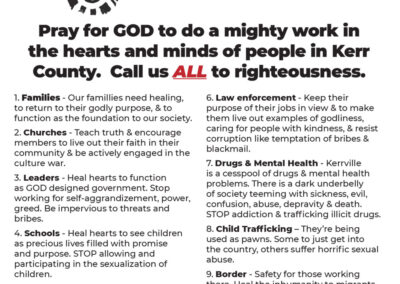 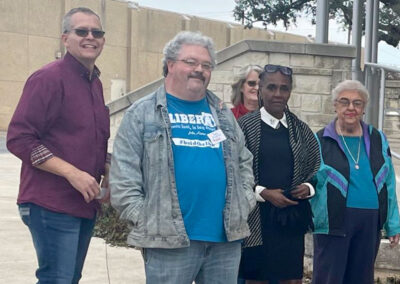 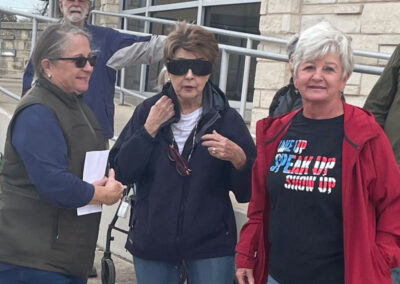 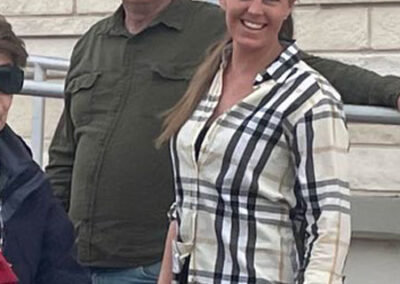 The Library Advisory Board meets quarterly.

Their first meeting of the year was supposed to be on Tuesday, January 17, 2023. The city council instructed the Advisory Board to review their book collection policy late last year but the council did not provide a deadline.

The agenda for Tuesday’s meeting was publicly posted last weekend and did not include any item to address the book collection policy or anything to protect kids from obscenity in the library.

WTP-LIA and fellow conservatives planned to attend the meeting anyway to voice their opinions during the public comment portion. However, it was announced that Tuesday morning of the meeting, the meeting would be canceled due to a lack of quorum.

We have not been informed about whether this first quarterly meeting will be rescheduled or not. The next Library Advisory Board meeting will take place in April.

Remember, the county commissioners voted to let their inter-local agreement with the city regarding the library expire if the city didn’t remove the smut from the kids’ section of the library. That agreement will expire in March. Perhaps the Library Advisory Board meeting cancellation is an answer to prayer? We shall see!

Please continue to let our leadership know how you feel on this issue.